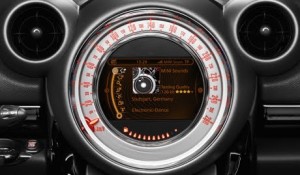 Earlier this month, RadioTime, a developer of technology for finding and listening to radio online, announced that the Mini cars by BMW will have an integrated RadioTime web service (via MINI Connected) that will allow drivers to tune to Internet radio via the car’s dashboard and steering wheel controls.
BMW will be the first car manufacturer in the world to offer this function in a regular production car.
“Sitting in a MINI networked through MINI Connected, the driver can tune to web radio stations airing anywhere in the world and regardless of his current location, depending on Internet connection and network coverage. The driver chooses his station the usual way through the car’s audio and infotainment system, making the controls convenient and safe while driving.”
“Drivers love radio because it’s free and requires no registration or setup, but accessing Internet radio used to require patching a smartphone into a car’s existing sound system, and fiddling with a smartphone’s controls,” said Bill Moore, CEO, RadioTime. “Now, instead of looking at your smartphone screen, you can use the dash display and MINI Joystick to tune to web radio. Radio has always been an integral part of our cars, and we’re opening up the world of music, news, talk, sports and entertainment that only web radio can offer.”
If you are a broadcaster, you can check to see if your radio station is included. Best of all, it’s free - no setup costs, restrictions, or subscription fees.
Blog
No tags