Promoting Your Mobile Apps Means More Ad Revenue for You 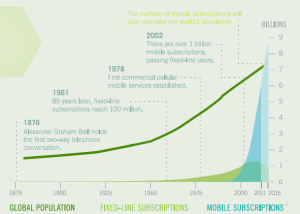 (click to view chart)
While the increasing penetration of mobile devices facilitates voice and text communication, it's the apps that are bringing significant changes in lifestyle and economics. This is just another reason why you should be promoting your radio streaming apps over the air, on your website, and via your social network sites. Not to mention, advertisement on apps are also becoming expected and are more effective than ever for driving brand recall. Portable tablets and smartphones have become a standard, and there's no way we're going to live without them now.

According to a study done by Nielsen/AdColony, 80% of people report going online while watching television, whether it be computer, tablet, or smartphone (multi-tasking at its finest). In their cross-platform study, they showed groups of people the same :15 second advertisement on TV, iPhone, and iPad. They found that 93% of people who saw the ad on TV, iPhone, and iPad recalled seeing the ad, as opposed to only 55% of people recalling the ad who only saw it on TV. This means that cross-platform ad campaigns yield higher brand recall rates, and campaigns that are run across multiple platforms drive stronger word-of mouth recommendations.

What does this mean for you? Well, advertisers are willing to spend more if they know their advertisements on devices (and across multiple platforms) will increase brand recognition... and more spending means more revenue dollars for you. You should be actively promoting your apps - the more users that use your apps, the more ad revenue you will generate. It's a win-win - you're offering the convenience of mobile streaming and in turn, you get paid.

If you don't have mobile apps already, you should contact us right now at info@securenetsystems.net.