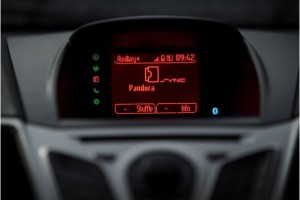 The recent trade shows are evidence of the explosion of in-dash internet radio systems. Almost every major car manufacturer now makes them available, as well as a host of third-party providers. We recently did a review of the latest dashboard systems for you, and here is an overview. Let’s take a look.
Ford - The new AppLink Sync, with Bluetooth and Smartphone connections, was just unveiled in 2010. Ford Motors, the first major car maker to deliver in-car internet radio, now makes available a voice-controlled version of Pandora.
Toyota - Their new in-car app is called EnTune and connects to Bluetooth and Smartphones, and offers support for Pandora and iHeart Radio. The system can be controlled via voice commands, or by Smartphone.
Mini Cooper - The Mini Connected is what they are calling it. Same as the others; Bluetooth and Smartphone connections seem to be de rigueur. The radio is controlled via center console display and steering wheel buttons and plays Pandora, as well as RadioTime, which can pull in over 65,000 stations around the world.
Chrysler - Pandora is once again the zuppa del giorno here. Their system has used a WiFi service called UConnect since 2009. There is a monthly fee, but does not require a Smartphone to grab the web.
GM - The GM product is called MyLink and is part of the General Motors OnStar System. It also uses Smartphone and Bluetooth connections, can stream Pandora and other providers, and will be available on all GM models for 2011.
Mercedes-Benz - The 2012 models will be equipped with Nokia’s Terminal Mode System which will link with a Smartphone to pull in internet radio. Pandora announced last year that they will also be bundled into the new Benz app. We were more than a little surprised that Mercedes is a follower instead of a leader on this one.
Volkswagen - So far, VW has not announced anything official, but as last reported, was working on a web-connected system that would be what was described recently as a "Hybrid Radio." They are supposed to start testing in 2011, so keep your eyes and ears peeled for the latest updates. Another premier German car maker a little late to the party?
There are also dozens of traditional third-party auto sound system makers offering car stereos with web radio capability. Names like Sony, Blaupunkt, Pioneer, Alpine, Kenwood and others are coming out with aftermarket systems.
We look forward to the growth and proliferation of internet radio and will keep you updated. Hopefully some top tech staff from ATT, T-Mobile and Sprint are reading this too, because there is going to be a huge demand for mobile, WiFi, and cellular broadband!
Blog
No tags