Streaming Music Cuts Down on Piracy? 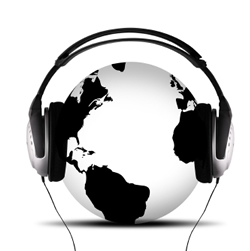 In a survey conducted in Norway by Norstat, streaming music, like Pandora, results in less illegal downloading.
Survey shows one in three Norwegians have streamed music. Of those that streamed, 60% felt more up-to-date, 68% listened to more music than they did before streaming, and 72% said streaming services helped them discover new music.
It also showed that far more men than women have streamed music: 43% versus 19%. Streaming was also far more popular in urban than rural areas (46% versus 21%).
As for illegal downloading, 54% of those surveyed said that streaming music made them stop illegally downloading songs.
"We believe that streaming is a giant step in the right direction, both for people in general and for the music industry, and it is definitely a part of the solution for the future. The key success factor is to develop payment solutions that satisfy the whole music machinery," said Norstat.
Blog
No tags