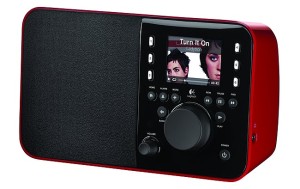 Last week The New York Times posted an interesting news article, “Internet Radio Stations Are the New Wave,” about how internet radio stations are becoming more and more popular among listeners.
“Unlike standard broadcast radio, Internet radio stations can be heard virtually anywhere (copyright restrictions aside), as long as you have a device that can go on the Web; that can be a PC, a smartphone or a stand-alone receiver.
An Internet radio station may have started out life as a traditional local broadcast outlet, and then management decided that it would be great to let people hear it everywhere. Or an Internet radio station may be nothing more than one person in a basement uploading music or talk to the Web, hoping that someone out there will listen.
Literally thousands of genres of Internet radio exist, from oldies, classical and religious to ultraradical talk, from the right and left. The first trick is finding them, and the next is playing them. Fortunately, with a little information, both tasks are rather easy.”
Click here to read the entire article.
Blog
No tags