Arbitron/Edison just released their yearly report called "The Infinite Dial 2013" on Tuesday. The study provides estimates of emerging digital platforms and their impact on the media landscape based on self-reported consumer behaviors and attitudes. Online radio continues its growth trajectory reaching new highs for weekly usage and time spent listening in the past four years. During the same span of time, AM/FM Radio has grown to 243 million weekly listeners and time spent listening has remained approximately two hours a day.

Here are some key points in the report:

Weekly online radio listeners report listening for an average of nearly 12 hours per week, compared to nearly 10 hours per week in 2012. 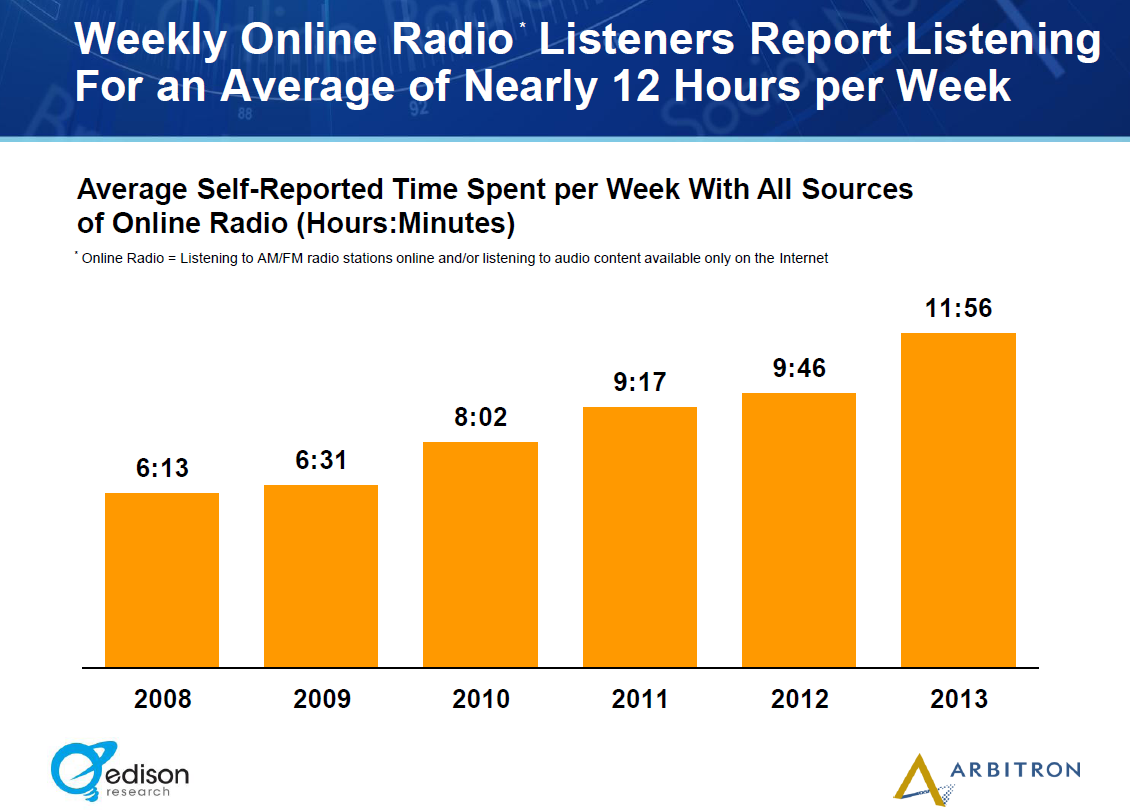 Monthly online radio audience reaches approximately 120 million Americans, and the percentage of those who have listened to online radio in the last month is projected to jump from 39% in 2012 to 45% in 2013. 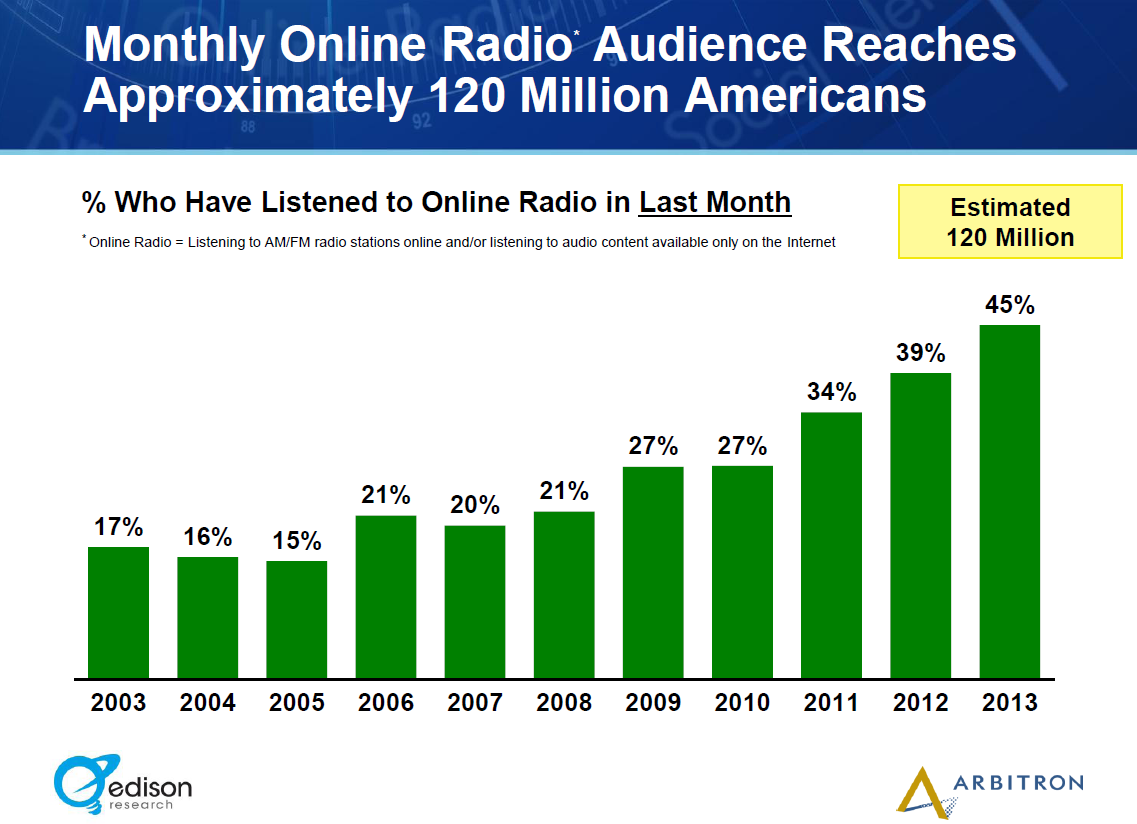 Weekly online radio audience reaches one in three Americans, and the percentage of those who have listened to online radio in the last week is projected to jump from 29% in 2012 to 33% in 2013. 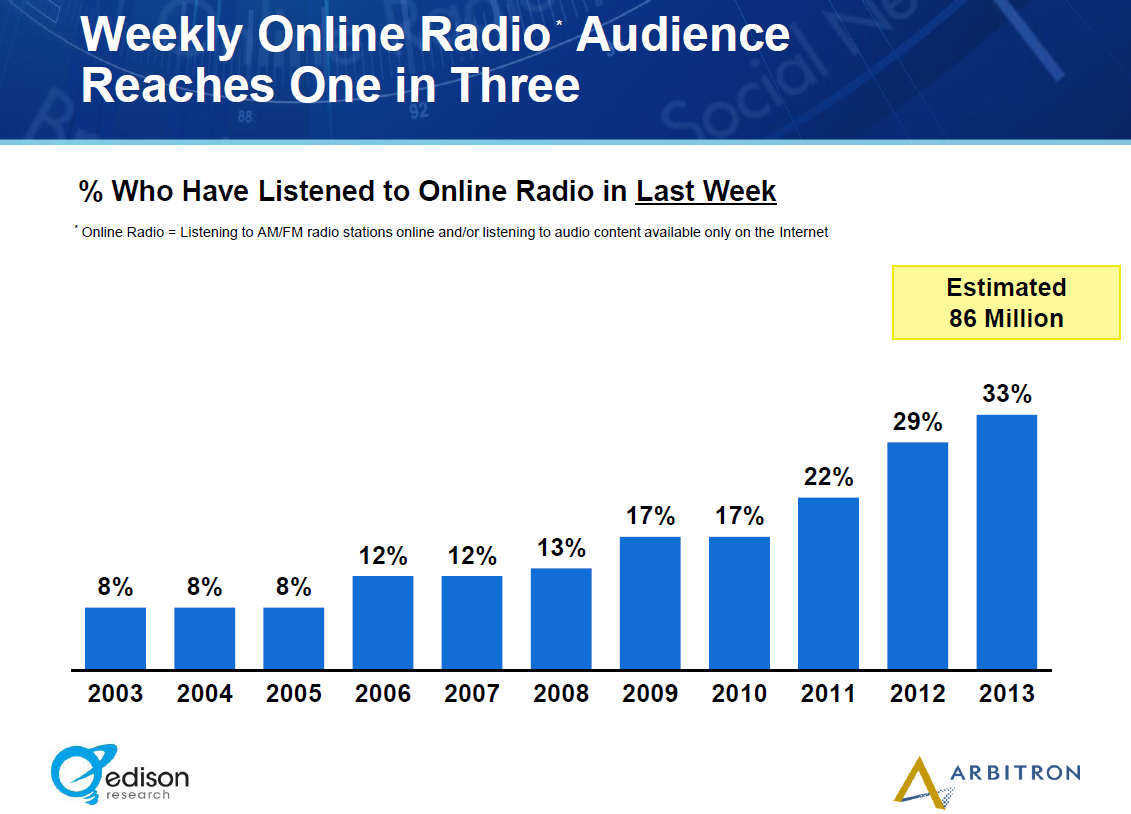 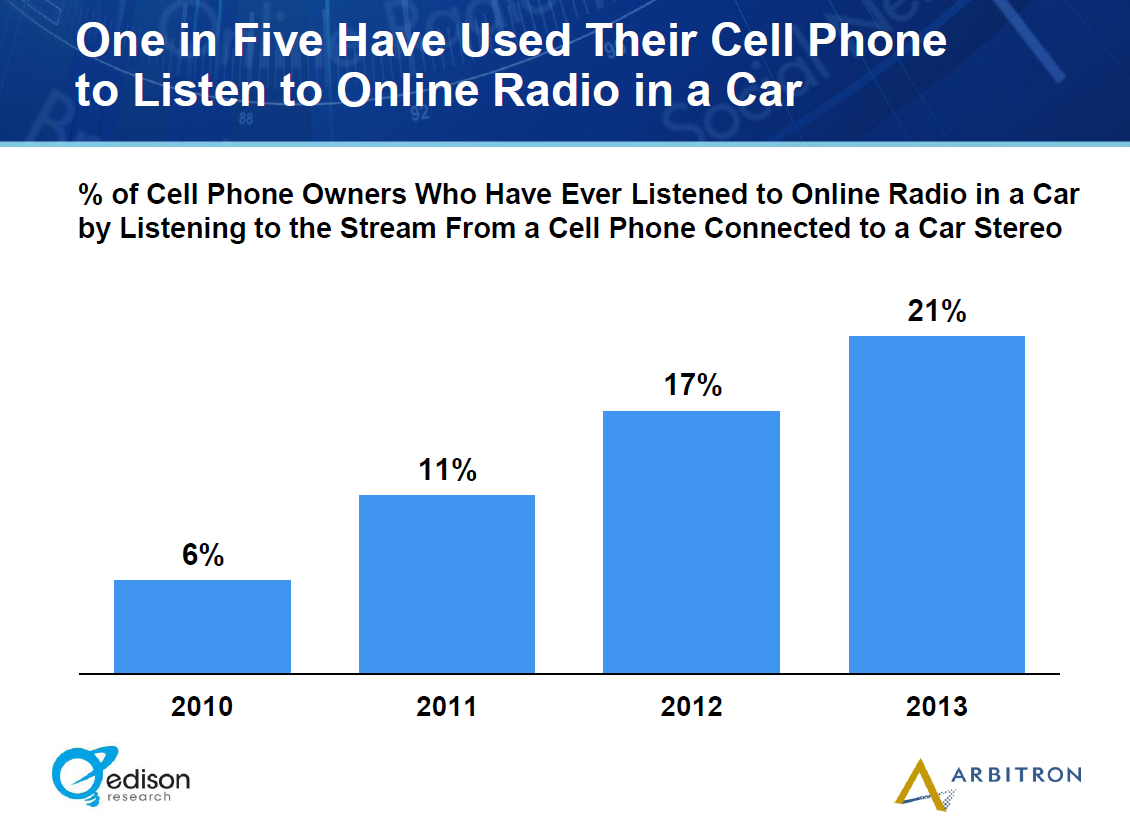 You can see the importance of streaming based on the findings in the report. You already know that online streaming is not going anywhere, but up. Make sure you're actively promoting your online streaming and mobile streaming to ensure that you're keeping up with the overall increase in online radio. You can download a full copy of "The Infinite Dial 2013" in your Radio Control Panel, under the "Tips and Tutorials" section on the main screen.
Blog
No tags